My husband had been given tickets to a comedy night at a nearby church.

I hear this guy is pretty funny, said Jon as we herded our four children into our van, some fourteen years ago.

The small sanctuary was packed, standing room only. Five minutes before the show was to begin, our two youngest informed me that they needed to use the restroom.

I took them to the foyer, pointing to the twin doors with a Make it snappy! We don’t want to miss the beginning!

As I waited in the lobby, tapping my foot, and watching the clock, the church’s front door opened and a man stepped inside. He was dressed in ratty jeans and an old t-shirt, with a mop of tangled hair. Without warning, he dropped to the ground, completing rapid-fire pushups. Then he sat up, leaned back against the wall, and closed his eyes.

The poor man, I thought. Homeless. He probably can’t even afford a ticket. I decided to give him mine.

My two children joined me, and I grabbed their hands, heading back to our seats. We passed Homeless Man, who was performing yet another round of speedy pushups on the foyer’s carpet.

Why is he doing that? asked my six-year-old.

We slipped back to our seats, and I leaned over to ask Jon about giving the man my ticket, but the crowd was now standing and applauding and he did not even hear me.

As the pastor welcomed the comedian, everyone clapped. I turned to see this comic jogging up the aisle.

It was Homeless Man.

Everybody give it up for Tim Hawkins! cheered the pastor.

We have had plenty of laughs over this.

Can you imagine if I had offered him the ticket?

I never would have lived it down. My reserved nature is a running joke in our family, and this comedian would have had an absolute field day.

It is good medicine to laugh at myself and all of those quirky happenings that unfold in everyday life.

I remember a season, before Jon became a pastor, when we were serving in a local church. We had recently moved long-distance and were new to this small congregation.

That is what I will call them.

For whatever the reason, these congregants took a strong and immediate liking to our family.

Joe and Marie were sincere and friendly, sixty-something with precious little concept of personal space, standing uncomfortably close during every conversation. Marie wore the thickest of glasses, which might have provoked such proximity. Who knows about Joe.

My natural instinct was to back up, flee, or maybe disappear into thin air. But I quickly discovered that it was nearly impossible to kindly slip away from these two. I heard myself repeating, Well, I better be going, as they doggedly continued speaking, ignoring my cues, which no longer felt subtle, as they persisted with another story, another opinion, another idea.

I never recall seeing them at church without Styrofoam cups of steaming coffee in hand. Joe and Marie were an overtly animated couple, constantly interrupting and speaking loudly over one another, while emphasizing everything with exaggerated and frequent hand motions, thus prompting their milky coffee to slosh over cup’s edge, dripping on the floor.

They were, as Tim Hawkins quips, window-washing–hand-raisers during worship, in a group that was not, shall we say, quite as expressive. One morning as the congregation sang, Marie began window washing, which clearly inspired her husband, who joined in. I am not sure if they forgot the coffee at their feet, but one of them bumped it and it flooded the tiled floor. Joe bent down to wipe it up, and as he did so, kept window-washing with one hand, while swirling napkins on the floor with the other, one eye closed before the Lord, and one eye trained upon the mess, in a unique wink. While this was happening, the chorus picked up, and Marie, quite overcome, began deeply swaying while window washing, inadvertently clunking a woman standing next to her.

As the woman rubbed her head and glared, Marie carried on, blissfully unaware of her mishap, eyes closed, tipping over yet another coffee, which kept Joe busy even longer as he sopped up the mess, one-handed and one eyed, with too few napkins that were now drenched, dripping, and ineffective.

This was all too much. My children’s shoulders began to shake uncontrollably, and I felt a contagious giggle bubbling up. My husband was working hard to keep a straight face as he helped clean up the mess.

We howled in the car later on, laughing until we cried, tears streaming down our faces.

I assumed she would forget, but she did not. She was, in fact, perfectly relentless.

I don’t want to go, I informed my husband one night as I brushed my teeth in front of our mirror. They stand too close, and they don’t stop talking. Ever. Can we please decline?

Maybe we should just say yes and endure one evening? he said.

I sighed in defeat.

They were being hospitable, after all.

Joe and Marie swept us into their home without missing a beat. The conversation was unsurprisingly one-sided, as they talked and talked and talked some more, literally picking up from the place they left off the previous Sunday. I tried to keep up but found myself struggling to endure.

I was pretty sure, while listening to Marie talk, that I heard Joe telling my husband, that he had once siphoned gasoline with his mouth.

I am resourceful, if nothing else, he added proudly, hands resting atop his rounded belly.

Somehow, we survived dinner, and thanked them for hosting. My husband glanced at his watch: We must be going!

Our children revived, the boys especially. This was Saturday night in late fall, and college football was whispering our names. I was proud of our crew…they were polite troopers who had graciously endured a most tedious evening. Perhaps this would build character and fortitude in us all.

Wait! Before you go, we must show you our collection! Joe and Marie herded us toward a side room.

We moved in a cluster through the slim hallway, stepping into a bubblegum-pink guest room.

They were everywhere. These were not cute baby dolls, but adult dolls with staring eyes and shocking hair and candy-appled cheeks. A few clown-type dolls were strewn about for good measure, which I found greatly disturbing.

These beings sat perched upon chairs, beds, shelves, and even the floor.

Marie picked up one doll, and Joe another. They created high-pitched voices to these lifeless toys, holding them up to our faces, attempting to spark discussions between us and these ghoulish creatures.

It was wildly uncomfortable.

I am not quite sure how, but we finally managed to exit. I seem to remember Jon thanking them once again, his hand firmly propelling the small of my back toward the front door.

At first it was quiet, driving home.

I cleared my throat.

What in the world just happened? I said.

One of our sons started to laugh, and soon we were doubled over, roaring, not so much at the oddity of such a night, but rather at the memory of each other’s facial expressions during those bizarre conversations. It was hard to get complete sentences out as we laughed, but a few words triggered understanding… Mom’s face…Dad’s shock…Siphoned gasoline?

My sides ached from laughing so hard.

It ultimately became a story for the ages. We have bunches of them, actually. Memories understood in our own language; comical tales and inside jokes that resurface at perfect times. When the going gets tough, we pluck them liberally from our treasure chest, laughing all over again, and it is good, good medicine.

A joyful heart is a good medicine; but a crushed spirit dries up the bones. ~Proverbs 17:22

Welcome to this quiet space. My name is Kristin, and it is my deepest wish to encourage people in their walk with the Lord. I enjoy connecting the seemingly mundane with eternity. So pull up a chair and stay awhile. I am so glad you are here. Contact me if you wish at kristincouch@gmail.com

My Words in Other Spaces:

It Began on Washington Street

Are You Hidden in Christ?

He Sings Over You

(copyright Kristin Couch and The Palest Ink, 2020-2023. Unauthorized use or duplication of this material without express and written permission from this site’s owner is strictly prohibited.) 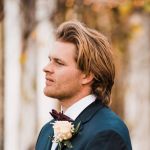 Our son, Jacob, is preparing to share the Gospel in South Africa, as a full-time missionary.